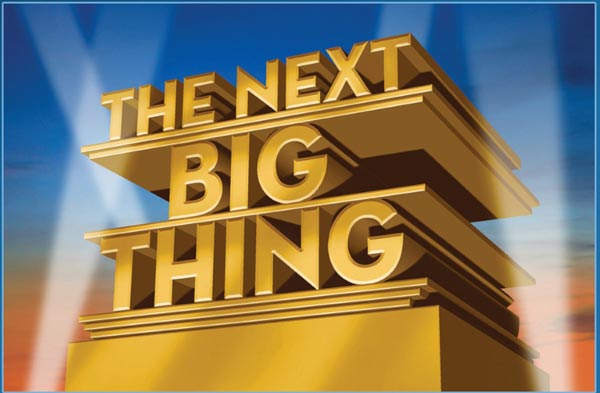 Many entertainment industry investors and companies find themselves beating the bushes for a “Next Big Thing” that will take their businesses to another level.

Meanwhile, around the world, inventors and innovators labor away, hoping they’ll be like the Two Steves who started Apple Computer in a garage, certain the one thing they need is that angel investor to get them started.

That’s where Digital Hollywood comes in.

The conference and show, which runs today through Thursday at the Hollywood & Highland Center, puts execs from Hollywood, Madison Avenue and Silicon Valley in the same room with innovators from the technology and content-provider fields.

The conference has a strict “no-selling” policy, but to paraphrase Jeff Goldblum in “Jurassic Park,” commerce finds a way.

“Even though there are various sessions covering everything from social networking to mobile video to online marketing, among others, most of the action at Digital Hollywood happens in the hallways,” says Victor Harwood, the conference’s founder and president.

And indeed several companies report striking gold at the event in years past.

Scott Cohen, CEO of interactive advertising firm Dimestore Media, attended and participated in the conference for years. It paid off when he was offered the top spot at casual gaming company Game Trust by a person he met at Digital Hollywood: Hassan Miah of Intel Capital.

As Miah tells it “The place was stocked with friends and people I knew from Hollywood — entrepreneurs and techies.” A mutual friend introduced the two, and shortly afterward Miah says he brought Cohen onboard as president of Game Trust.

Tim Chang, a principal at venture capital firm Norwest Venture Partners, started going to the conference four years ago, first as an attendee, then as a moderator, and in between he also invested in Eyespot, a new-media company he discovered there.

“One of the reasons I go is to find the next cool potential startup,” Chang says. “It’s a place to find talent and media goes there to find new technology and content providers.”

Luckily for Jim Kaskade, president and CEO of Eyespot Corp., his company caught Chang’s eye — and after a meeting at the conference, the deal was sealed that led to a round of financing for the Internet video company.

“(Digital Hollywood) is ideal because you are not distracted by things happening at the office,” Kaskade says.

But with so many existing and potential innovators crammed into one place, Cohen says, the trick is getting key players’ attention, despite the “no-selling” policy.

A few years ago, when Cohen was working for Game Trust, he says the company hosted an invitation-only dinner at Digital Hollywood that pulled together a select group of executives.

“Sponsoring that dinner gave us carte blanche to network with the executives,” Cohen says. “It was good for a lot of reasons because the casual game space was nascent and people we hadn’t connected with yet we could get in a room.”